PEMBROKE and COHASSET, MA, ISSUED JUNE 22, 2018…Acella Construction Corporation, a leader in construction management, and now celebrating its 15th year in operation, today announced the promotion of Scott Brash of Cohasset, Massachusetts, from Senior Superintendent to the position of General Superintendent.

In his new post Brash will train and mentor Acella’s growing team of project superintendents, as well as oversee projects in operations, to ensure the highest quality and standards of excellence that are the hallmarks of Acella Construction Corporation.

Brash has lent his expertise to several high-profile clients, most recently the new $5 million, 10,000-square-foot Student Center project for the Jackson-Walnut Park Schools in Newton, Massachusetts, and a $1.2 million renovation for Temple Beth Zion in Brookline, Massachusetts.

Brash, who has been with Acella for nearly nine years, joined the firm as a Project Superintendent. Prior to joining Acella, he was a Project Superintendent with Shawmut Design and Construction, Boston. The Hingham High School graduate attended University of Massachusetts Boston before entering the construction industry. Scott resides in Cohasset with his children Christopher, Olivia and Michael.

“Scott has earned the respect of the members of our Project Team as a top performer who is an expert in every aspect of the job at hand,” said Kevin Hines, Owner’s Project Manager for Jackson – Walnut Park Schools. “Scott is truly engaged and builds relationships with team members by promoting integrity and collaboration, creating an environment of trust and open communication. His promotion to General Superintendent will add value across the entire Acella organization and will benefit project delivery for future clients and projects.”

From ground-up construction and new additions to complex interior renovations and tenant build-outs, Acella’s mission is to Build Better buildings, relationships and communities one project at a time.

The firm is widely recognized for its commitment to understanding and fulfilling each client’s unique vision, as well as continued engagement and support through sponsorships, shared time and resources for causes and community, and advocacy and leadership in education, healthcare, workspace design, and cultural and historic projects.

“We’re delighted to announce Scott’s promotion to General Superintendent,” said Dave Dirubbo, President of Acella Construction Corporation. “My growing belief is that we reach our highest achievements when others allow us to stand on their shoulders. Scott has always been willing to elevate other members of the Acella team, contributing above and beyond his workday schedule. Real world experience is something that can’t be Googled, and hard-earned perspectives should never be hoarded. Acella is constantly striving to be better tomorrow than we are today, and Scott’s promotion is a deliberate choice to reinvest value and pay it forward.” 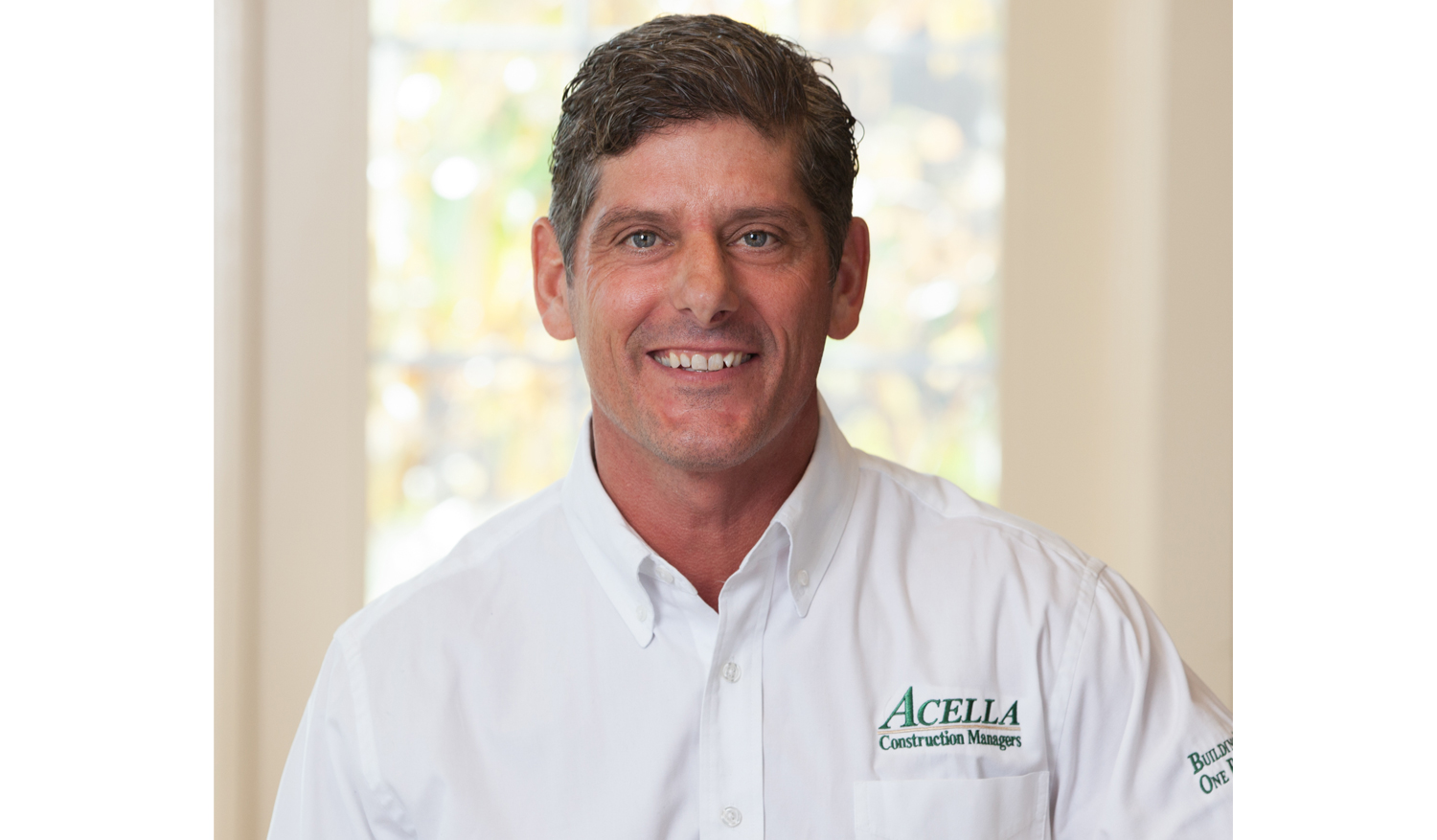