Acella Construction Corporation is proud to announce the completion of the Edward “Ted” Healy Sports Complex at Archbishop Williams High School (AWHS) at 80 Independence Avenue in Braintree, Massachusetts, which was dedicated earlier this fall.

In addition to the renovation, upgrading, and expanding of the existing structure to create a field house that offered sufficient spaces for locker rooms and workout, office, and storage areas that reflect the school’s robust athletic program, the existing field surface and track were replaced, and the throwing area was relocated to optimize space usage and facilitate spectator viewing.

The Acella team also installed a cupola from Cape Cod Cupola within the building, allowing added natural sun light to enter the space.

The installation of glass overhead garage doors will permit student athletes to work out in a natural air environment. 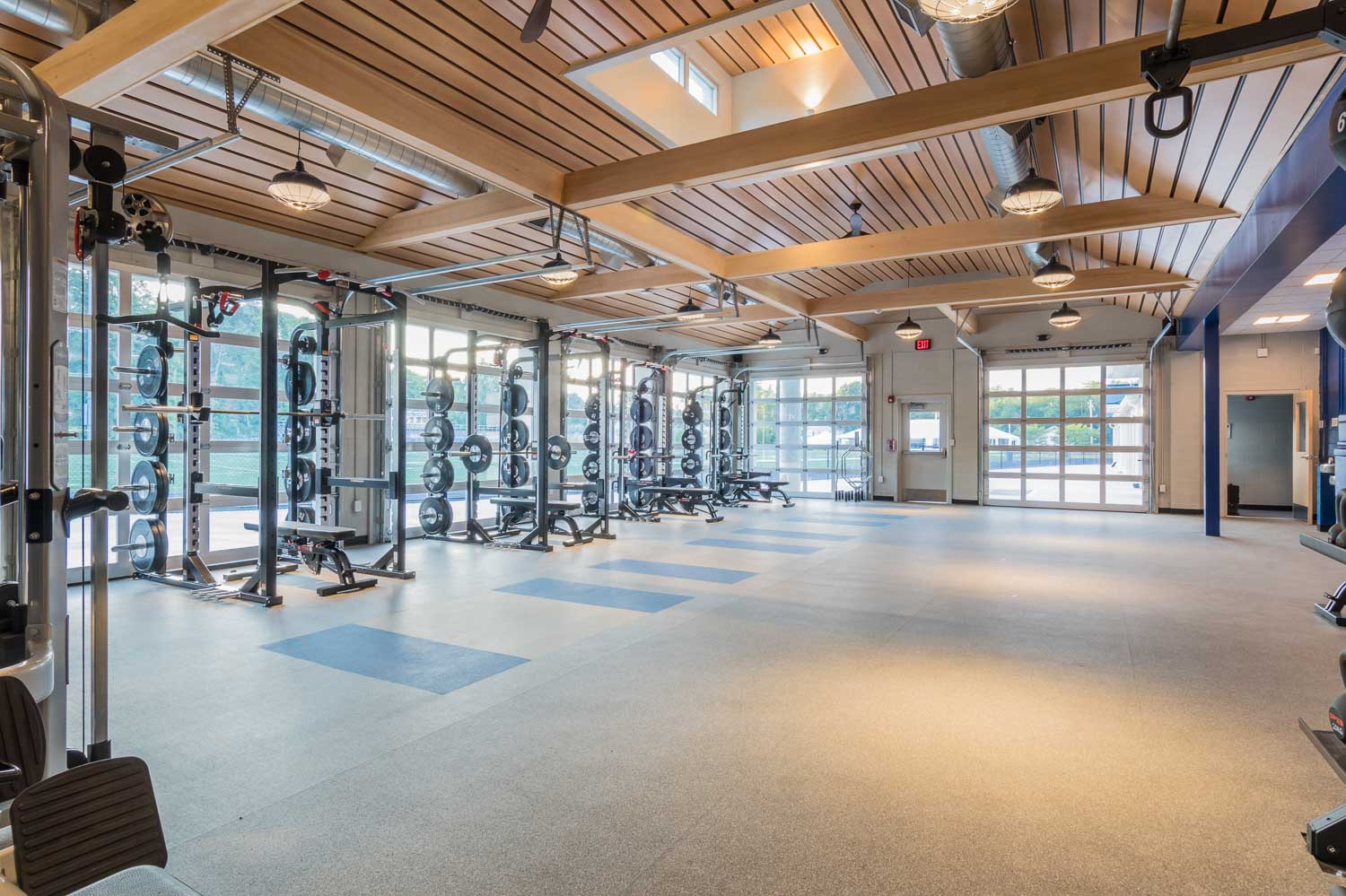 Edward “Ted” Healy was a graduate of the AWHS Class of 1986.  A standout during his high school career in both football (a three-year starter who anchored both the offensive and defensive lines) and track and field (a multiple-time league all-star; Ledger, Herald, and Globe all-scholastics; and state champion in shot put, with a throw of 56’ 3” that remains a school record), he went on to earn a scholarship to play football at Notre Dame.  He played offensive guard all four years and was a member of Notre Dame’s 1988 national championship team.  He was also inducted into the AWHS Athletic Hall of Fame for both sports in only its second year of existence.

In addition to the sports complex, Acella Construction has previously worked with Archbishop Williams High School on other substantial projects, including a complete renovation of the school’s auditorium with specialized audio/visual elements and considerations, updates to the gymnasium and locker room, and mechanical systems improvements to the cafeteria kitchen.

We were thrilled to be able to work with Archbishop Williams High School again, especially on a project that is so meaningful and will positively impact so many now, and in the years to come.  This new sports complex is a wonderful tribute to an amazing alumnus, and we were proud to be a part of bringing this concept to reality.